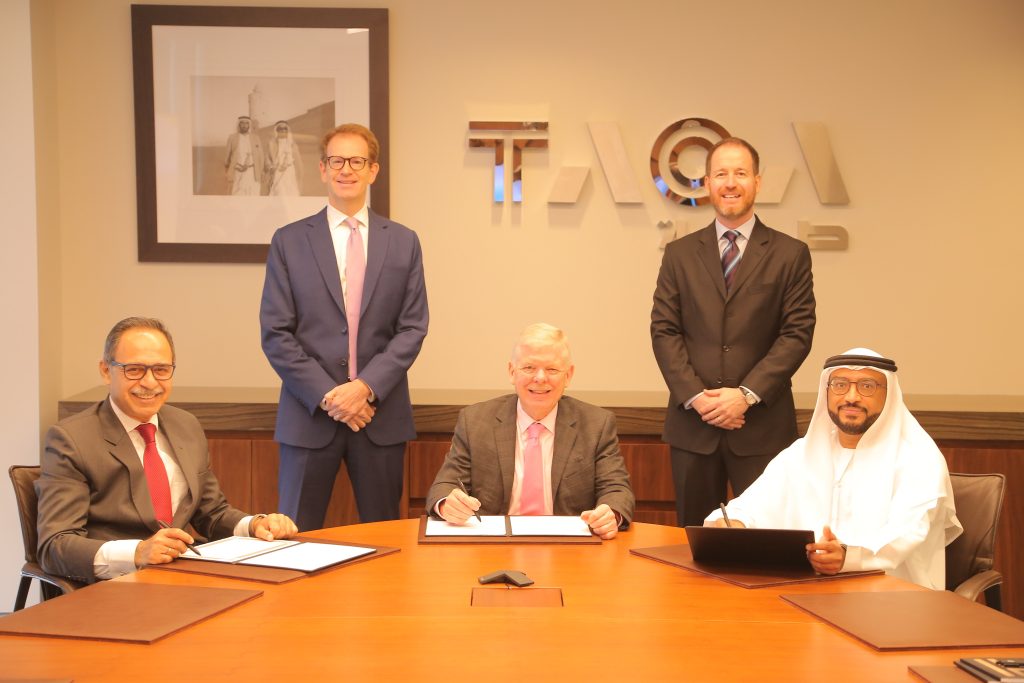 Abu Dhabi, UAE – September 30, 2022: Abu Dhabi National Energy Company (TAQA), one of the largest listed integrated utilities companies in the Europe, Middle East and Africa region, announced today that it has secured the refinancing of its USD 3.5 billion revolving credit facility. Secured via a syndicate comprising 20 banks, the new 5-year USD SOFR based facility, which will be utilized for general corporate purposes, is set to replace the organization’s existing USD3.5 billion revolving credit facility, signed in December 2019. The facility was 1.7 times oversubscribed.  In addition to extending the final maturity from 2024 to 2027, the new facility also benefits from very competitive pricing.

Steve Ridlington, TAQA Group’s Chief Financial Officer, commented: “We are pleased to announce the successful refinancing of TAQA’s revolving credit facility, for which we received a very high level of interest, allowing TAQA to extend the term of the facility whilst reducing the cost. This excellent outcome showcases both the market’s confidence in TAQA’s continued strong performance and our capability to drive the future of the global utilities industry.”